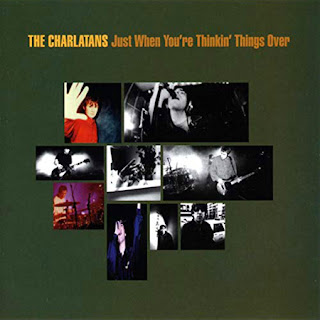 At home in the flat. In the living room, though the furniture does not correspond to reality. Hard to picture or recollect any of the furniture, be it existing or dreamt. I am strutting about aware I am wearing tracksuit trousers only, my top bare - I can see myself doing this. It feels like it is getting dark and it is raining, or has been, outside. Rain on the windows. 'Just When You're Thinkin' Things Over' by The Charlatans is playing on the stereo, the tumbling piano riffs quite apparent. I seem to be trying to apply lots of Bonjela in at my upper gums, putting lots on my finger and roughly massaging it it. I can almost see the inside of my mouth, my mind's eye helping my finger locate the ulcers(?). The Bonjela is in an (uncharacteristically) orange tube and the cap is discoloured - almost transparent - with a brown-ish sort of crust inside and around the groooves where it screws. I hear a knock, or more three steady taps as if with a single focussed finger, at the front door. Or I think it is the front door. Was it at the window? I exit the living room and go into the hall. The front door looks different to reality, with a few parallel grooves cut into the white painted wood running around the perimeter. I look through the spyhole and no one is there. I ask if anyone's there. Then the door begins to shift abruptly as if someone is trying to pull it open out into the close. I grab the handle to stop this. Conscious of the light creeping in from the close around the edge of the door. I am struggling to keep it closed, asking who it is- 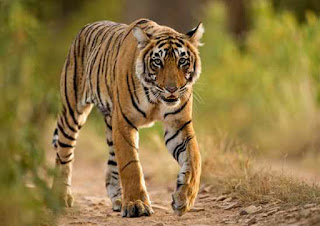 
At some sort of vegetable patch allotment with Pee EmmCeeCee. There are rows and rows of cabbages or such planted and the occasional taller hedge-like line with crude timber doors set into them for access. There is a tiger roaming around the area. It seems to be circling us and we are skipping over the vegetables in the hope of reaching one of the doors. We make it through just in time, the tiger beaten back as we close the door over. Is the tiger then in the enclosure with us? I take my shoulder bag and present it to the tiger. It grips it between its teeth and I simply flip it up into the air and it is thrown away from us. It lands in the vegetable patches and quickly rights itself, shaking its head as if dazed-
at December 02, 2019

Email ThisBlogThis!Share to TwitterShare to FacebookShare to Pinterest
Labels: ZZZ, ZZZZ - The Charlatans