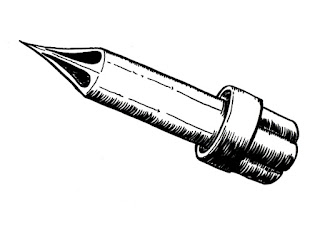 In the back garden of my childhood/teenage home in Largs. I am with several other people who I can sense but not identify (due to the stress of the situation). There is a white space rocket idling over the garden. It has 4 teardrop like marks on the front towards a point, a long fuselage that culminates in its 4 engines or boosters. There's a solid band around this part too. The rocket consistently hovers then crashes in the garden. The crashes are violent and very close to us. It seems to make a recovery then just as suddenly crash again, sending us dashing for cover. Eventually it lies wrecked on the garden chuckies. I take it upon myself – I am scared and frustrated – to (somehow) grab the nose of the rocket and smash it off the kitchen outside wall. There's a feeling I will smash it down to its component parts and then give the pilot a lecture on his lack of skills. In this process the nose seems to shrink and change material – at first it resembles fibreglass but eventually, as I repeatedly batter it off the wall, it is more and more like a stiff sackcloth of triangular material. I continue to flap hopelessly at this until it dawns on me that there is no pilot at all-
at March 30, 2020