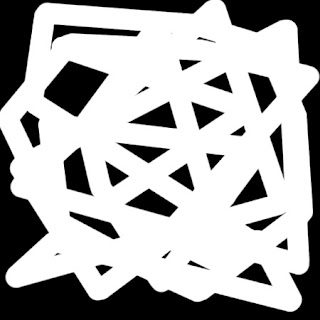 On a train with Kay Ess. Glad all the seats faced the same way when I got on. A young boy of 5-6 came and sat next to me while Kay Ess sat somewhere else. His carer/sister, a blonde pretty girl with copious freckles, sat in the seats in front, causing me to become embarrassed by turning to communicate with her young charge. I was also conscious of the train moving through points systems and just missing others travelling fast in the opposite direction. We stopped at some beach, akin in many ways more to a steep lochside, where the wee boy had decided to kind of team up with me. There ran a fine causeway from this point out to a wee island. We were waiting on row boats to a bigger, less accessible island that rose sharply from the water, a mass of dense, humid green. A whale jumped in the water inches from the shore. It then brought its head up very close to us, mouthing in a friendly manner to Kay Ess. Someone's hand appeared from the top right into my field of vision to take a photo on a mobile phone. More phones appeared. I took out my own, but to my intense frustration I had somehow locked it and could not get it to respond. I was still punching at the buttons, returning to this source of upset as we rowed out to the large island-
at April 06, 2018