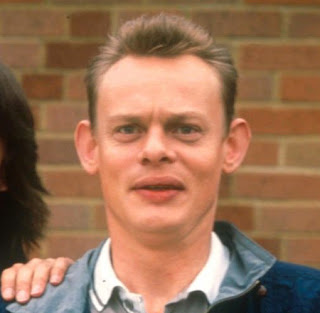 In Glasgow. Group of us waiting for a bus. The whole situation and the group seemed familiar. Bus fair exactly 62p. Martin Clunes, who was in front of me, did not have enough money for his fare. I tried to help him because I had loads of coppers and change. As the bus arrived he changed his mind and went off. I got on the bus and paid the exact fare and looked about. I recognised no one. The group had all gone. Everyone was a sort of slicked back Andy Garcia type and such. I was pretty embarrassed and headed for two free seats. I sat down. It felt as if someone was already sitting in at the window. I sat on a jacket crumpled up to my right. There was a bag or something under the chair. I kept catching my feet on the handle of this and could hear bottles clinking. At first I kept expecting to hear someone come back and claim the seat, some drunken old wino or something. The woman in the seats across from me was talking to two women who were sat in front of me. The one at the window was sitting, her chin resting on her folded arms, gazing out of the window. Her profile was reflected like so- 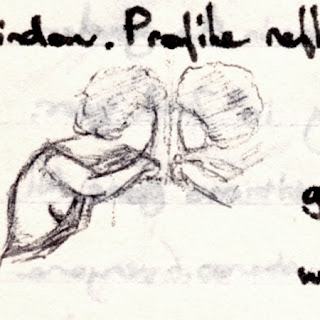 At first I thought she was a ginger haired freckled girl. She was, though, in fact fiery red haired and utterly gorgeous. She had on a blue, dark sequined dress with a deep plunging neckline to her waist. She looked amazing- 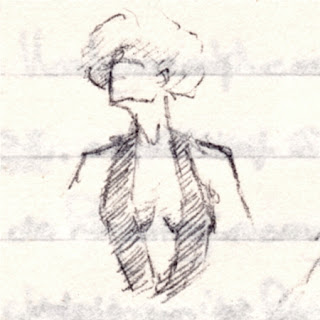