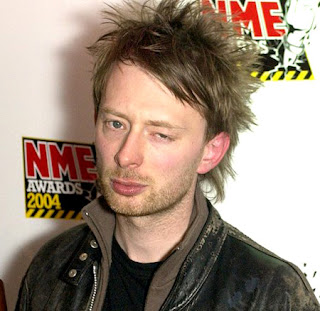 I'd been out with some pals and wanted to stay out, but decided to go home instead and, when I stuck on the telly when I got in an old school pal was on it (a Thom Yorke-alike guy) talking away - I mind thinking the bottom of his face was very saggy- 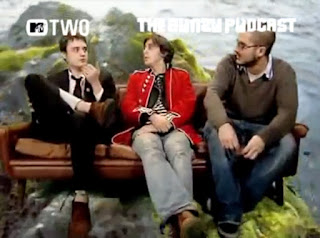 Then suddenly I was watching MTV2's 'Gonzo' show and Zane Low was talking on the couch to this teenager (15-16 years old). The boy had a baseball cap on backwards and as he's talking - he's quite chipper and upbeat - blood keeps seeping down from under his hat, pooling in around his eyes and stuff. So they keep pausing and cleaning his face up, but more blood comes and eventually the lines in his face begin to not clean up so he starts to look decidedly creased and haggard. The last thing I see (as they went to an advert break) was Zane Lowe pulling the guy's hat off to reveal a big matted, bloody patch of hair, and then giving him thon kinda matey rubbing his scalp with his elbow laddish thing-
at January 21, 2019