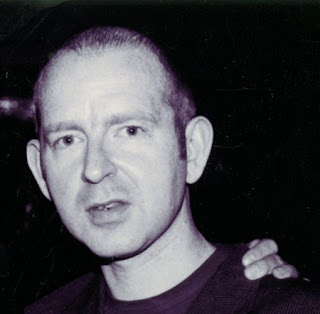 School trip with Alan McGhee and Zed (?), an older ex-secretary from my work. We are out at some kinda fortress/castle where we're all having a picnic. A Cop/Highway patrol guy turns up in a long hatchback car. Playing a tune that isn't, but sounds very like John Squire's 'Transatlantic Near Death Experience'. I run over to ask the cop. He looks a bit like Dennis Weaver (who played McCloud) and is really friendly, saying he thinks the music is '905210'(?) by Bachmann Turner Overdrive. He offers to let you hear it properly. Aye!-

So I go with him and his overweight South American deputy (who has since appeared) into a long wooden shack kinda outhouse building - loads of records on shelves on the r/h wall, the back wall covered in heaps of cds and a tv and video player. Records include The Smiths, Dandy Warhols, The Orb and loads of amazing Spiritualized super-boxed sets I've never seen, including some mega 5 VHS video pack and die-cast space toys. As I try to look through the stuff the deputy keeps moving things to deliberately obscure this and hide that from my view. Dennis meanwhile, is huddled pretty motionless in the corner, his back to me, moving stuff about at low level while unfamiliar music plays- 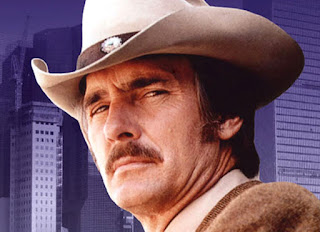 The deputy makes to exit. I suddenly, looking at the motionless Dennis, want to follow him - desperately - I now know what happens, I've been here before, but too late - the door is locked shut! I gingerly approach Dennis - I can sort of see from 3/4 back view he's now wearing some sort of white 'killer' mask on his face. I back off, grab up a stool and attack him! He blocks and a bloody fight involving, em, coathangers plus other junk ensues. I cannot bring myself to stab him in  the eye with scissors even though it would mean certain victory-

Eventually he's thoroughly beaten and I pulp and smack him from a distance with some metal stud partition uprights that I will subsequently use to batter open the outhouse door. Sight as I escape is a guy (could be the deputy?) with his hair shot down the middle so that to the sides it looks like mounds/devil horns - he's protesting-
at December 22, 2018