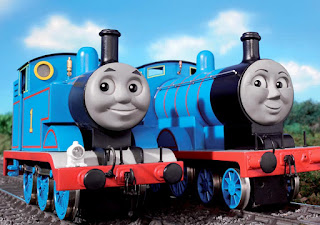 
Thomas The Tank Engine live action movie. There is some controversy as the UK version we all know and love is considered an abomination as it has been changed considerably from the original French(?) version – a sort of pink, very cartoony-faced engine with clock hands on his nose*? Rowan Atkinson seems to be very vocal in his criticism of these alterations. Then, appearing is if on a branded image - curved logo below, blue sky background - I see (what I know is) the Fat Controller's face only he's played by a grinning, hatless Christopher Eccleston. I am puzzled by this and try to think of a suitable alternative actor and- 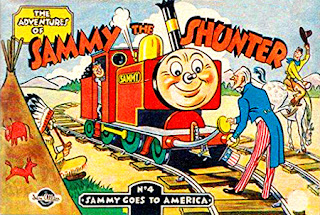