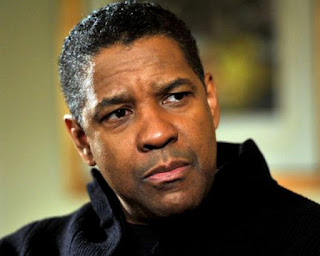 I am with my friend Aye Dubya. The environment is unclear, but it is bright and fresh, I guess a family living room - I am conscious of his father sitting in a comfy armchair to our left - but no other details spring to mind, the dream being quite focussed. Aye's mother, looking as she did many years ago, comes to join us. She is dressed in a red billowy top, tied at the waist, that hangs down to above her knees. She wears light grey, slightly loose trousers under this. She sits cross-legged on the floor directly in front of Aye's father. She is chatty and amused, wondering how we missed the news, brandishing her phone to show us something-
It is Denzl Washington. He is standing with an acoustic guitar slung over his shoulder, wearing nothing but tight Speedos, his hair long-ish and unkempt, a great wild bushy beard sprouting from his chin. He seems to be quite stoned, unaware of his (domestic) surroundings, gently ambling on the spot, his mind evidently otherwise occupied. There seems to be someone lying on the floor of the room he's in. Aye's mother mentions Prins (?), a female who is also part of this (sexual) scandal. It seems two other people were also involved. Aye and myself (to our own amusement), practically as one voice comment on how Denzl seems to be going through the motions, that he has no idea what's going on and that he just happens to be there. There's an additional flash of the Denzl scene, one where there are several more musicians sporting guitars gathered in the same room- 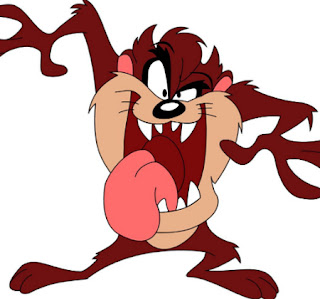 There follows a very brief clip of the cartoon character Taz who seems to be restrained in a chair in a large laboratory. Suddenly a large, suggestive sausage shape bulges out from under his chin, curving down over his belly. That is all there is of the clip and Aye Dubya and I discuss how and why it was banned. Taz then, as we are treated to the whole scene, seems to shit a large acorn, beginning with the cupule - which is a gentle, Starburst purple colour - followed by the shell (and plenty of cartoony splashes and drips) which matches the colour of his creamy shirtfront- 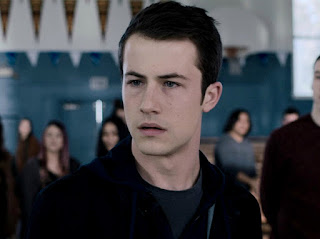 The main boy from 13 Reasons Why is living in a top floor space, accessed via a steep staircase. He is wearing glasses and seems to be knocking people senseless and killing them. The atmosphere is very tense and I seem frightened into silence by events, struggling to articulate. 4 guys turn up with polythene bags of photos, and they seem to be discussing how they had a deal that he'd make some books up from these as agreed- 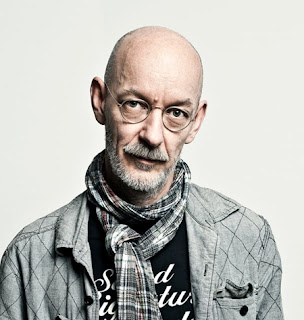 https://www.orbmag.com
I am talking to someone - who admittedly looks a little like Thomas Fehlmann - as we listen to The Orb's 'No Sounds Are Out Of Bounds' album. He wonders who the music is by, remarking that it really is very good. I am particularly enthused, and begin praising the final 3 tracks, noting how they almost form a piece, both of us agreeing how they seem to recall a particular period/style of Berlin techno-
at October 13, 2020